Gommalacca Teatro is a company that allows itself every possible space in the languages of art and is always ready to betray the choices it has made.

The company is located in a peripherical district of Potenza, but having a strong core never loses its center. It is born from the artistic heritage and entrepreneurial vision of its founders and from the energy of those who work on, and those who participate in the activities.

The neighbourhood in which it is located are unique and traceable, immediately catches the eye, and is stimulating for those involved in performing arts, architecture and urban regeneration. The nucleus is always available for dialogue and willing to contaminate the languages of the arts in all its forms, performative, educational and social and share and develop national and international collaborations.

In 2012 Gommalacca found its home in a peripheral district of the city, called "Serpentone", and opened the doors of the: U-platz, civic and theater space, the off theatre where the company carries out its activities. 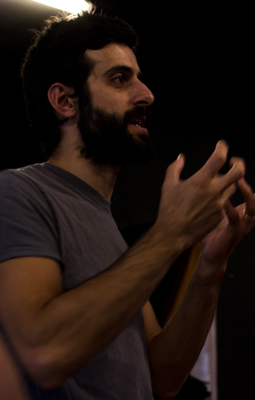 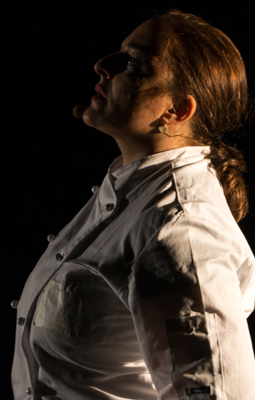 The ship is a monument, a piece of art, a roof garden, built to regenerate the neighborhood, it is the symbol for people, of the waste of public money and the uselessness of some architectural interventions.

These apparent critical issues have fueled the challenge and stimulated the research for contact with people and the cultural regeneration of the neighborhood. The fusion between the arts of theatre and urban regeneration has led the company to contaminate its working methods and develop new visions.

In 2019 the company will carry out two projects in the two european capitals of culture matera and plovdiv 2019 related to the themes of identity and borders.